Enjoying wine should be a never-ending journey Chapter 2: Adventure in Provence France

My wife and I have travelled extensively in France over the last 10 years.  We have explored several of France’s wine regions including the Loire Valley, Chateauneuf-du-Pape, Bordeaux, Alsace, the Rhone River Valley, Provence, and Beaujolais. One advantage we have had in travelling in France is we have good friends who own a home in the southwest of France which we have used as a home base for our wine adventures.  We pretty much only drink French wine at home as we find French wine to be more pristine and less sugary than some wines.

My favorite wine excursion (so far ) was in the Chateauneuf-du Pape (CNP) region in March 2017. Our home base for this adventure was the Romanesque town of Orange in Provence. Orange is located just a few kilometers from the CNP. 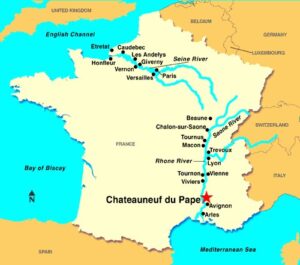 It was early March which is the downtime for wineries. After the fall harvest, the tasting rooms are usually closed to the public during winter but, we found out that some small vintners will host private tours.  We hated to miss out on not being able to visit at least 1 or 2 wineries so we found a local wine guide named Sophie Bergeron.  Her website is https://www.travelinprovence.net/about-us/ .  On her website you can see several videos about the local vineyards, wine making, and other interesting things.  Note that even in March the Mediterranean climate is still very comfortable with sunny days and temps in the 70s. 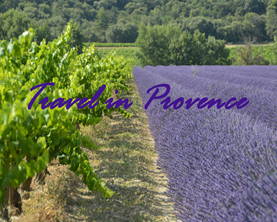 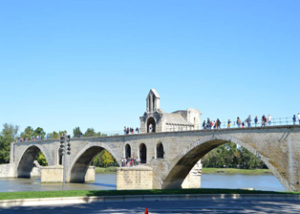 Sophie took us to 4 great cellars in Chateauneuf-du-Pape from tiny very old cellars to more modernized ones. Sophie picked us up at the hotel around 9 am and off we went for a 3 hour tour. We got to meet the owners of the wineries and sample wines grown from both old vines and new.  To cap it off we had lunch at a local café in Orange. French gastronomy in the Provence-Alpes-Côte d’Azur is very distinctive from the rest of French cuisine or French cooking. A Mediterranean influence brings recipes with hot spices and seafoods. Because of the mountainous country, without the rich farmlands and herds of dairy cattle, Provencal cooking uses very little milk, and goat cheeses are predominant.

But that wasn’t all! Sophie invited us to attend an archeological tour after lunch of the ancient Roman Amphitheater site in Orange.  This amphitheater was built on top of a rocky hill and overlooks the city. The locals still host concerts and events in the theater. It is a breathtaking site.  We trapsed around the top of the hill with a local archeologist. We actually picked up pieces of Roman pottery that was left on top of the hill. The tour helped us work off all the wine we sampled earlier in the day! 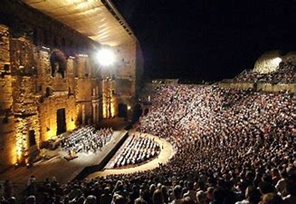 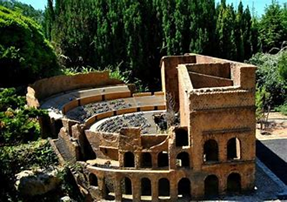 The Appellation: Chateauneuf-du-Pape is a French wine, an Appellation d’origine contrôlée (AOC) located around the village of Chateauneuf-du-Pape in the Rhône wine region in southeastern France. It is one of the most renowned appellations of the southern part in the Rhône Valley, and its vineyards are located around Chateauneuf-du-Pape and in neighboring villages, Bédarrides, Courthézon and Sorgues, between Avignon and Orange. They cover slightly more than 3,200 hectares or 7,900 acres (32 km2) and produce over 110,000 hectolitres of wine a year,[1] more wine made in this one area of the southern Rhône than in all of the northern Rhône.[2]

History: Chateauneuf-du-Pape literally translates to “The Pope’s new castle” and, indeed, the history of this appellation is firmly entwined with papal history. In 1308, Pope Clement V, former Archbishop of Bordeaux, relocated the papacy to the town of Avignon. Clement V and subsequent “Avignon Popes” were said to be great lovers of Burgundy wines and did much to promote them during the 70-year Avignon Papacy. At the time, wine-growing around the town of Avignon was anything but illustrious. While the Avignon Papacy did much to advance the reputation of Burgundy wines, they also promoted viticulture of the surrounding area, more specifically the area 5–10 km (3–6 mi) north of Avignon close to the banks of the Rhône. Prior to the Avignon Papacy, viticulture of that area had been initiated and maintained by the Bishops of Avignon, but largely for local consumption.

John XXII, who succeeded Clement V, in addition to Burgundy wine, regularly drank wine from the vineyards to the north and did much to improve viticultural practices there. Under John XXII, the wines of this area came to be known as “Vin du Pape”, this term later becoming “Chateauneuf-du-Pape.” John XXII also built the castle which is the symbol of the appellation.

In the 18th century, the wines were shipped under the name vin d’Avignon. Records from the early 19th century mention wines of the name Châteauneuf-du-Pape-Calcernier which seems to have been a lighter-style wine than the Châteauneuf-du-Pape of today. They seem to have increased in reputation within France until phylloxera hit in the early 1870s, which was earlier than most other French wine regions were affected. Prior to World War I the bulk of Châteauneuf-du-Pape was sold to Burgundy as vin de médecine to be added to Burgundy wine to boost the strength and alcohol levels.

Hello! I’ve been following your weblog for a while now and finally got the courage to go ahead and give you a shout out from Kingwood Tx! Just wanted to mention keep up the fantastic work!

The Wine Society of East Tennessee was founded in 1977 with the purpose to provide our members opportunities to enjoy fine wine, food and camaraderie while meeting other like-minded members. 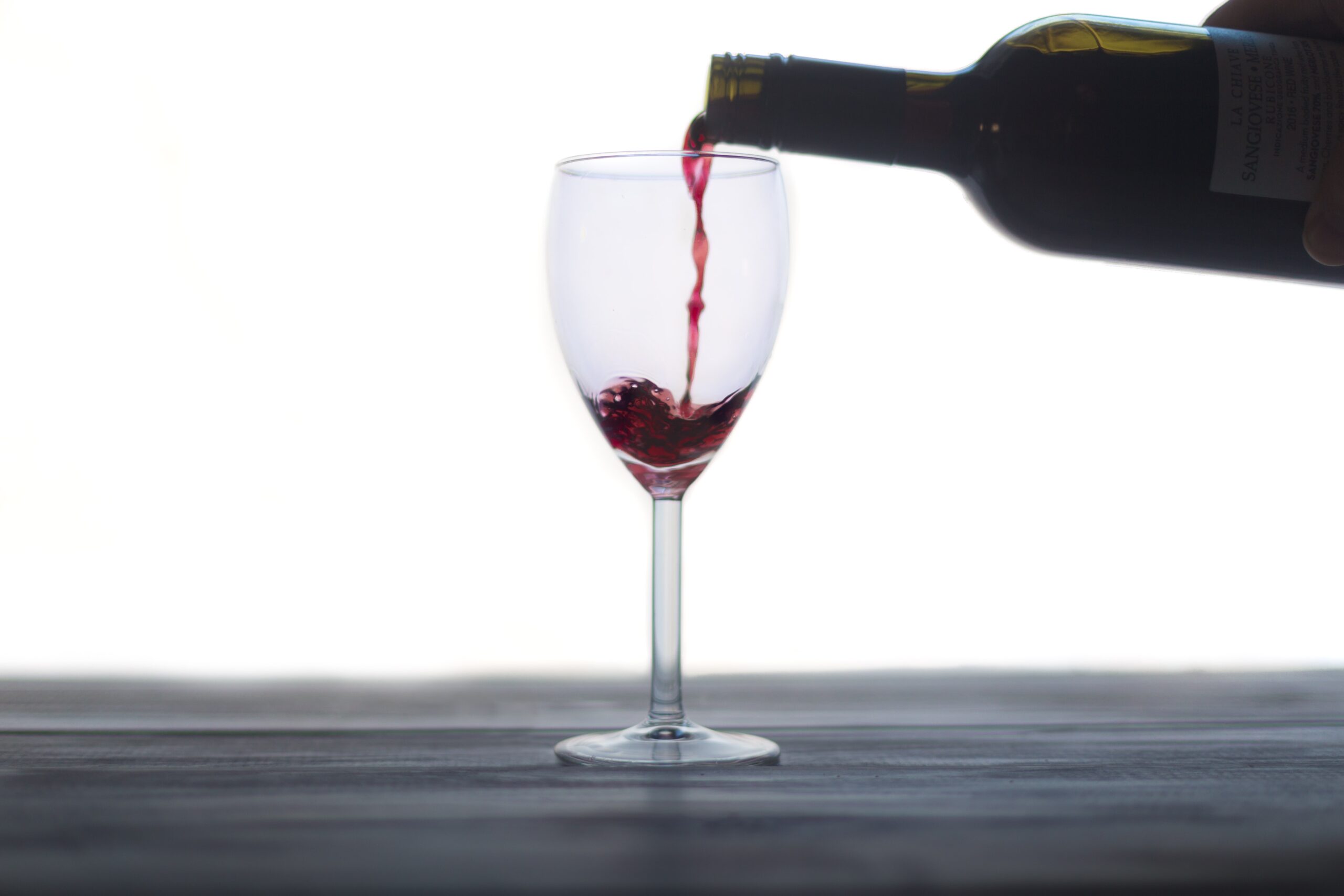